Check out our blog posts about San Antonio's real estate and the community. We want to keep you up-to-date on what's happening in our community and in the real estate market. Thank you for visiting and please reach out if you have any questions. We'd love to help you in any way we can!

Check our very first episode of All Alamo City, where we got the opportunity of talking to the owner of Tuttis! A great new place in south downtown offering coffee, drinks, pastries, and brunch while dining either indoor or outdoor. But what you'll love most is their award-winning MEATLOAF!

Check out Tuttis and enjoy their most loved comfort foods!

Posted in All Alamo City
no comments yet 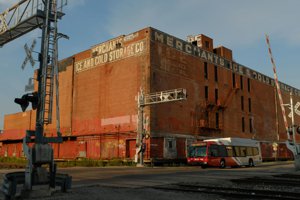 The City of San Antonio has sweetened the pot for a $220 million investment in a blighted area of the city’s East Side.

The Texas Research & Technology Foundation is eligible to receive millions in economic incentive dollars as it readies a five-acre, 110,000-square-foot complex in the former Merchants Ice Building, 1305 E. Houston St., for a four-phase redevelopment project.

A nonprofit devoted to steering economic development toward emerging technologies, the foundation purchased the long-abandoned building in late 2017 and has been working on designing the complex and funding its construction since then. It will house VelocityTX, the foundation’s incubator and accelerator for high-tech startups and researchers looking to commercialize their inventions in the tech, cyber, and biotech industries.

Randy Harig, CEO and president of both TRTF and VelocityTX, said the city incentives will put the project on a fast track.

“These are what put us over the top and allow us to get started on it right now,” Harig said. “Without these we’d be delayed.”

The foundation will reveal VelocityTX’s first tenant at the Merchants Ice property on Tuesday when the organization breaks ground on the construction site. Harig said the company will initially bring with it 23 to 30 jobs in the “high-end science arena,” but Rene Dominguez, the City’s director of economic development, said he anticipates that number growing significantly over the project’s multi-year buildout timeline.

Altogether, VelocityTX will house and help grow as many as 50 companies in the space, Harig said. An additional 15,000 square feet will be leased to companies in TRTF’s target fields.

The foundation’s overall plan entails the creation of what it calls an innovation district on the near East Side bounded by East Commerce Street, the Interstate 37 frontage road, East Houston Street, and North Cherry Street. The new TRTF development would serve as the spiritual home of the district, with other industry-relevant businesses radiating into the rest of the city blocks.

Harig said TRTF will prioritize training and hiring Eastside residents. The area around the former Merchants Ice building includes land designated by the federal government as a so-called promise neighborhood, an area to focus government resources for revitalization and job growth. In 2015, 15 percent of residents in the area comprising the Eastside Promise Zone were unemployed compared to 3.5 percent throughout Bexar County.

According to an independent analysis by San Antonio economist Steve Nivin, the foundation’s development – which will also include a conference center, hotel, and apartments near the VelocityTX Innovation Center – will support 4,755 jobs and produce an overall business output of $736 million over a five-year period from 2019 to 2023.

“Our vision, hope, and desire is that this whole project becomes a legacy project for San Antonio,” Harig said. “It really is a connector between the East Side and downtown, and [we hope] that it has a significant impact on a go-forward basis in the area of biotechnology, which is one of our top six focus areas.”

The economic incentive package includes $5 million for public improvements, such as drainage and site work, in the innovation district that would take place over the course of seven years. The City would also provide funding for TRTF’s operations over a five-year period. That includes footing the bill for a workforce development summit the foundation will host as well as stimulating the further development of VelocityTX’s Global Accelerator Program, which brings international technology startups – largely from Latin-American countries – to San Antonio for mentoring and other entrepreneurial programming in hopes of eventually helping them launch permanent operations in the city.

Dominguez said the City decided to pursue an economic development agreement with TRTF because its project ticks several boxes in the City’s overall strategic plan, including spurring entrepreneurial activity, developing international business relations, and targeting key high-tech industries. He said the innovation center presents the opportunity for collaboration between the city’s biomedical assets: Texas Biomedical Research Institute, Southwest Research Institute, UT Health San Antonio, and Brooke Army Medical Center, among others. The concentration of those assets should pull more companies in, he said.

“This is going to be a magnet for attracting companies to San Antonio,” Dominguez said. “It’s a place where companies are going to be able to expand, and a byproduct of that is going to be great biomedical jobs for the east side. Those are all home runs for us, for sure.”

Posted in San Antonio News
no comments yet

One San Antonio-based energy company revealed an impressive earnings report late last week exceeding expectations for investors, while another reported a drop of $1 billion in net income from the previous year largely because of a tax offset. 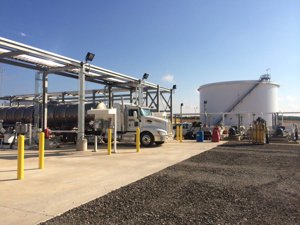 NuStar Energy, a pipeline operator which underwent a significant restructuring and paid down debt, reported it made $205.7 million in 2018. That’s a jump of 39 percent from $148 million in earnings reported in 2017.

However, a significant portion of the 2017 fourth-quarter earnings were attributable to a $1.9 billion adjustment from the 2017 federal tax cut.

Valero also avoided a work stoppage at its Port Arthur refinery when it came to terms on a new contract with steelworkers at the facility.

“We also delivered on our commitment to invest in growth projects and acquisitions that increase Valero’s earnings capability, while maintaining solid returns to our stockholders,” Chairman, President, and CEO Joseph Gorder said in a conference call.

NuStar President and CEO Brad Barron said the merger with general partner NuStar GP Holdings enabled the company to lower capital costs and pay down debt which allowed it to return more to investors.

When adjusted for a $79 million hurricane insurance payment and a $43 million sale of its European assets, NuStar said its net income was $170.4 million last year.

“So 2018 was a truly transformational year for NuStar,” Barron said in the company’s press release. “Not only did we reposition the company for long-term success, but we delivered significantly higher quarter-over-quarter and year-over-year financial results, with higher adjusted net income …while significantly improving our debt metrics and distribution coverage.”

NuStar acquired its Permian Crude System in May 2017 and has since seen volumes increased 190 percent compared to just 60 percent in the Permian Basin as a whole in the same period.

“We expect continued strong growth in our system, so suffice it to say that we are very happy with our system’s performance and outlook,” Barron said in the release.

Posted in San Antonio News
no comments yet

“Most romantic hotel” Google searches are hitting peak interest leading up to Valentine’s Day, according to information from Google Trends. For San Antonians, Forbes has the answer.

Hotel Emma is not only one of the best hotel destinations in the country, but it is also the Alamo City’s most romantic, according to a recent report from Forbes.

The Pearl hotel opened in 2015 after a comprehensive remodel. Hotel Emma bookings always include complimentary margaritas at check-in and nightly turndown service. Its Valentine’s Day special also features a half bottle of Moet & Chandon Rose Imperial as well as four handmade truffles. 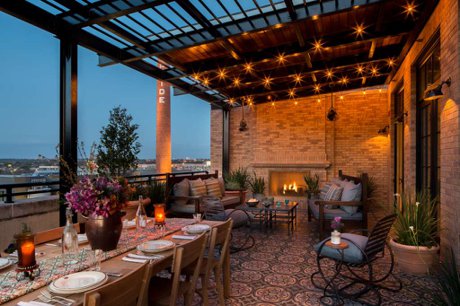 Hotel guests can enjoy a romantic weekend without even leaving the hotel. Supper and Sternewirth, the hotel's restaurant and bar, are regularly named among the city's best.